The (other) kids are all right… Or are they? 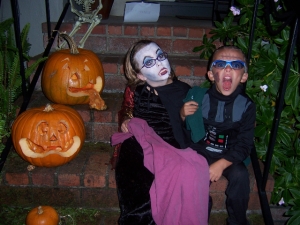 In our story collection and book, Behind the Wall: The True Stories of Mental Illness, as Told by Parents, the parent-contributors offer advice and talk in-depth about the emotional journey—rife with grief— that defines their experience advocating for a child with a persistent mental illness. As heartbreaking as it is to watch their diagnosed child suffer, parents also acknowledge the pain their “well” children endure. At almost every speaking engagement for our book, we are asked, “What about the sibling(s)?”

Parents tell us that their children, who are the siblings of a chronically mentally ill person, grieve deeply. There are several sources of a sibling’s grief. Shifting dynamics within the family is a significant factor. In a typical scenario, a very ill child with immediate and all-consuming needs hijacks parental attention while other children are inadvertently ignored. Parents typically focus on the child who constantly gets into fights, has run-ins with the law or is abusing substances. Meanwhile, a sibling may be quietly suffering without acknowledgment. Kids need to know a parent is emotionally available, which is not necessarily the case when another child is in crisis.

Though one child’s emotional health may be the most grave, all children need support. In fact, the whole family unit needs support. But sadly, grieving parents, who are also in triage mode, may be temporarily incapable of recognizing and/or providing for the emotional needs of their other children. Parents admit they were even unaware of their own grief while experiencing it. Most worrisome is that a young person’s unchecked grief can develop into more serious health issues later.

Such was the case for Kerri, whose son, Tomas, is prone to rages. When he doesn’t get what he wants, she says, he threatens to break things and then does it. His behaviors ruin special times for her daughter and make it uncomfortable to have houseguests. Kerri says her younger daughter had “enjoyed the time when Tomas was away at college. She had felt free to bring friends around, not worried her brother was going to do something weird” (qtd. in Widdifield and Widdifield 44).

Tomas’s all-consuming illness draws attention from his younger sister’s needs due to his demands, anger, and the way he often puts himself in harm’s way, creating one crisis after another. Tomas’s destructive behaviors and the resulting stress in the home, Kerri believes, have affected her daughter’s health.

I’ve always felt he’s ruined things for his younger sister. Here we are, trying to look at colleges and had planned a whole weekend… Our daughter, who’s a great kid and good student, was having health problems, and I always wonder if it was connected to the stress of her brother’s illness and all the uncertainty he has caused. She was first diagnosed with Lyme disease then later with chronic fatigue syndrome with fibromyalgia. We’ll never know her diagnosis for sure, but she became depressed from not feeling well, always feeling tired and run down, and it finally got to her. (qtd. in Widdifield and Widdifield 47).

When Tomas is at home, Kerri says, the family often feels as if they are “walking on eggshells.” Their home is not always a place of calm and peace because of Tomas, clearly not an environment conducive to entertaining friends much less healing.

In another scenario in which parental attention is diverted to the child who is acting out, siblings may subsume their own problems for fear of causing their parents more heartbreak. But unaddressed or unresolved emotional issues can bloom into larger problems. Still, other siblings use the shift in attention to engage in risky behaviors while remaining under the diverted radar of parents who are emotionally and logistically consumed.

Grief also derives from siblings feeling that they have “lost” their bother or sister to the illness. A person with a brain disorder often suffers cognitive (and personality) changes that may be permanent. Sometimes there is memory loss. It is bewildering to all family members and siblings that their brother or sister creates so much trouble and refuses to follow basic rules they once could understand; or that behaviors that are not tolerated from any other family member are excused for the “ill child.” Children are understandably angry with a sibling who creates unnecessary drama and seems to ruin every family event—from birthday dinners to vacations.

Sadly, a young person can’t often escape the impact of their sibling’s behaviors through supports outside the home, either. The stigma of mental illness means that a loved one’s health challenges are not usually disclosed to extended family or close friends for fear of being judged or, as one parent says, because others “can’t possibly understand what I’m going through.” Parents know that because of the bad (sometimes bizarre) behaviors of their child whose illness may be undiagnosed or under-treated, their parenting is scrutinized by those who don’t understand mental illness. Other family members are scrutinized too.

Esme, a parent-contributor says that her daughter, Laura, suffered directly when attention became focused on Jennifer’s chaotic, raging behaviors caused by her mental illness. Laura, a naturally easy-going and upbeat person, was banned from the home of a long-time friend by his parents who believed she would become like her sister, Jennifer. Not only did the community conflate Jennifer’s behaviors with Laura’s, but also Laura’s emotional needs were subsumed by her sister’s volatile, demanding behaviors. Being misunderstood in one’s community is hurtful, especially for young people. About community judgment Esme says,

I was hurt, but there was no action I could take other than console Laura who had by then been affected more than once by the community because of Jennifer’s behavior. That’s what stung the most. At that time Laura was starting to experience depression, which was also crushing. We definitely never intentionally ignored her, but we did ignore her because we missed cues that could have informed us of her well-being, and we shouldn’t have. It was accidental because we were focusing 98 percent of our attention on one child. (qtd. in Widdifield and Widdifield 37).

Growing up with a sibling or any close family member known for disruptive behaviors can lead to feeling isolated from one’s community. This isolation compounds the grief of “losing” a loved one to a brain disorder, especially when friends and community don’t acknowledge loss or recognize support is needed. A brain disorder, as many know, is not a “casserole disease.” Yet, all loved ones, including the person living with mental illness, suffer from a loss the relationships before the illness became symptomatic. As Bianca, a mother we interviewed astutely observes,

When a person has a brain disorder it’s traumatic for the family, like experiencing a death. If Miguel had been in a car accident and had brain damage, everybody would have enfolded him. The loss [his brother] Arturo felt about Miguel’s illness affected him the way I felt the loss and hurt of my divorce: if the man had died, I’d have gotten a card. Flowers at least. You are left with pain and grief that no one acknowledges. (qtd. in Widdifield and Widdifield 226).

Still, it’s important to know that families can heal and recovery is possible for a person living with a brain disorder. The grieving process represents progress, allowing for a “new normal” to bloom. Families of a person with serious, chronic mental illness are forever changed but they don’t have to remain broken. First, parents need to take care of themselves in order to support their children. Parents like Esme also recommend spending one-on-one time with each child to strengthen the parent-child relationship. Though creating that “normal” one-on-one time with other family members requires some work at first, it doesn’t have to involve complicated plans. Says Esme,

I’ve been learning to have balance and spend more time with Laura when her social schedule allows. When she was taking driver’s education I’d spend time in the car with her. We take moments. “Let’s go have dinner, just you and me.” Or, “Let’s go driving for an hour and stop along the way and go into shops . . .” Anything to steal a moment so she feels connected. (qtd. in Widdifield and Widdifield 37-38)

Even as adolescents and young adults rebel or seem to rebuff parental attention, children do need time with their parent(s). As another parent recommends, find something, anything that your child likes to do and share that activity. “Maybe it’s crochet,” he says. Many families do find fun activities that involve every family member to help heal relationships and reach a ‘new normal.’ Activities can be simple, such as hiking, biking, playing a board game, working a puzzle together or watching a movie at home. Start with something small if that’s what it takes.

Elin and I are fortunate to have supportive sibling relationships.

Siblings need time to heal from their own journey grappling with “losing” the sibling they knew, escaping the chaos the illness creates in the home and/or accepting their loved one’s mental illness. Siblings may escape or lose regular contact with the family for short-term or long-term. In some cases, the sibling relationship becomes (or is deemed) irreparable, even toxic for one or both persons. For others, siblings come to an understanding and may even be drawn closer. Having shared joyful, meaningful early years together can determine the long-term relationships between siblings and those who understand mental illness, usually become in awe of their loved one’s strength to manage it.* Many siblings we met became the compassionate, adult healthcare advocates, managing their own journey loving and supporting a person with a chronic brain disorder.

No matter what the scenario, the journey of the person whose sibling lives with a serious and chronic mental illness must be acknowledged.

We recommend finding support at your local National Alliance on Mental Illness (NAMI) affiliate and participating in the free twelve-week Family-to-Family course to learn evidence-based information on mental illness, how to communicate with your loved one and about healthy self-care. NAMI was a resource many parent contributors found to be helpful in their journey.

*For an example of sibling compassion and understanding, please see our March 20, 2014 guest post from Michael Ross about his sister Michele, Eulogy for Michelle: Defining the Success in My Sister’s Life”

If you would like to share your story, please connect to us privately through this website or private email at: mwiddi [at] yahoo.com. Identity of contributors remains anonymous to protect family members.

Of course, we welcome any comments: