← How Social Media Made Us Feel Media Awkward.
‘Tis The Season… → 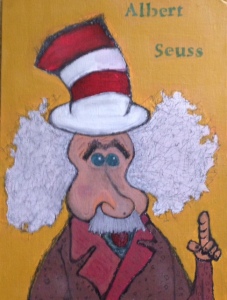 Being in public, even just standing in the grocery store line with her adult son, used to be embarrassing for Annie. Her adult son can’t be still. He’ll start bobbing his head. His body is jittery. He could easily be mistaken for a tweaker. She shrugs. “You get used to it,” she says. And he’s done worse.

Having a child who lives with mental illness feels sort of like being the parent who carries a newborn and two toddlers with head colds on the plane for a red-eye, only more extreme. Nobody wants to be near that mess, and everyone has an opinion. Also, there’s a lot of glaring.

In the stares and clucking of distaste that parents of atypical children often absorb, there seems to be a less than subliminal message that these parents chose this messy life and if they only desired things to be different, it could be so. As if these parents are weak. But parents of children with mental illness did not choose this club. Their child didn’t either. There are coping skills to be learned, but like those toddlers on a plane, you cannot control air pressure, or sinus pain, or always fix whatever is bothering them.

A person who lives with mental illness sometimes displays odd behaviors. A person with an injured leg may walk funny for a while and it’s the same for an injured brain; it’s not so odd when you think about it in that way, Right? What’s distinctly different is that a child’s mental illness challenges the stamina of parental love like nothing else. That’s in addition to judgment from others. Rebecca, one of our Behind the Wall parents, explained how excruciating it could be when her daughter, Stella, accused Rebecca that she was not her real mother. Stella’s father, Dan, recounts discomfiting conversations with Stella about the chip in her head. But for Stella, who heard voices clearly and sensed smells that others did not, the chip theory didn’t seem so far-fetched. It did make sense to her because her brain was feeding her different signals than what others know to be reality.

Simply spending time with a person who is experiencing a manic episode and/or psychosis presents challenges. It’s not easy. Depending on where a person is on the spectrum of recovery, there are frequent lapses in logical thinking that sometimes lead to risky behaviors and self-harm. Once, Annie’s son broke into a store after hours. He busted the door, got in, then realized he didn’t know what he was doing and left. He didn’t steal anything but damaged the door. His actions didn’t make sense.

Sometimes there are scenes. Ugly scenes. Jennifer, who lives with bipolar and borderline personality disorder, had developed a history of rages and alcohol use by the time she’d reached high-school age. This behavior was never permitted or condoned by her parents. In one incident, Jennifer had been drinking and was raging and throwing things at her boyfriend’s house. Her boyfriend’s parents banned Jennifer. Sadly, they must have also spread the word that she was out of control and it was about bad parenting. Jennifer’s sister, who had never been part of any such incident, was banned from spending time with the family that lived next door to the boyfriend. A loved one’s illness leaks into all aspects of family life.

As one Behind the Wall parent says, most people don’t know what it’s like to have a loved one who lives with mental illness. Good for them.

Only those who’ve parented a child who lives with serious mental illness can truly understand the challenges involved and the breadth of behaviors that arise because of the illness. Even for these parents, there is much experience required to distinguish between typical bad behaviors versus behaviors driven by the illness. They can’t possibly always get it right.

Parents of children who live with serious mental illness, like those beleaguered ones getting on a plane, aren’t asking for anything more than a little understanding. As one Behind the Wall parent says, most people don’t know what it’s like to have a loved one who lives with mental illness. Good for them. Living with a serious mental illness and being a parent/advocate has challenges that can only be fully understood by others living a similar experience.

Parents whose children live with mental illness aren’t asking anyone to sidle up to their chaos. These parents are also past wishing to be well-liked because major concerns are about keeping their child safe and stable. Parents aren’t asking for solutions, or agreement, or sympathy. Pity is not wanted. Just please don’t judge. And if one were so inclined, even a small gesture of support and kindness goes far for a parent enduring a journey where parental love is infinitely tested.

As always, your feedback is welcome.

3 Comments on “A little help here?”